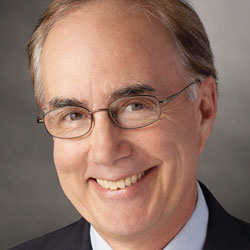 David Iverson has been the producer and anchor of national, regional and local specials for public broadcasting for 30 years. Most recently, he was the writer, correspondent and co-producer/director of the PBS FRONTLINE documentary My Father, My Brother and Me which aired in February of 2009. Iverson is based in San Francisco, where he also hosts the Friday edition of Forum on KQED public radio.

His other recent credits include producer/host of the PBS special Kids and Divorce: For Better or Worse and host of the national follow-up to The American Experience episodeTwo Days in October. In 2000, he served as the Presidential Debate Commission’s coordinating producer for the Vice Presidential Debate between Dick Cheney and Joe Lieberman, and in 1999 he was the writer, narrator and co-producer of the national Emmy award winning PBS documentary The 30 Second Candidate. In all he has written and supervised production of over 25 documentaries for national prime time broadcast on PBS. Iverson is a graduate of Stanford University.