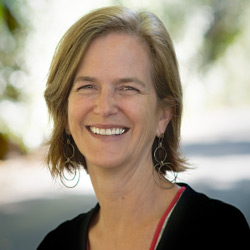 Rhonda Collins is a documentary editor with 20 years experience in the Bay Area Independent doc film community. She co-edited Emmy-nominated In Defense of Food, based on the book by best-selling author Michael Pollan. Other credits include Brother Outsider: The Life of Bayard Rustin, (Official Selection Sundance Film Festival), Oil on Ice, winner of the International Documentary Association’s Pare Lorentz Award, and Straightlaced: How Gender’s Got Us All Tied Up, winner of a CINE Golden Eagle Award. Originally a painter, Collins holds a degree in Fine Art. A strong story teller, she also brings a compelling visual style to her work. She has edited or contributed to dozens of other award-winning documentaries by Bay Area documentary filmmakers.