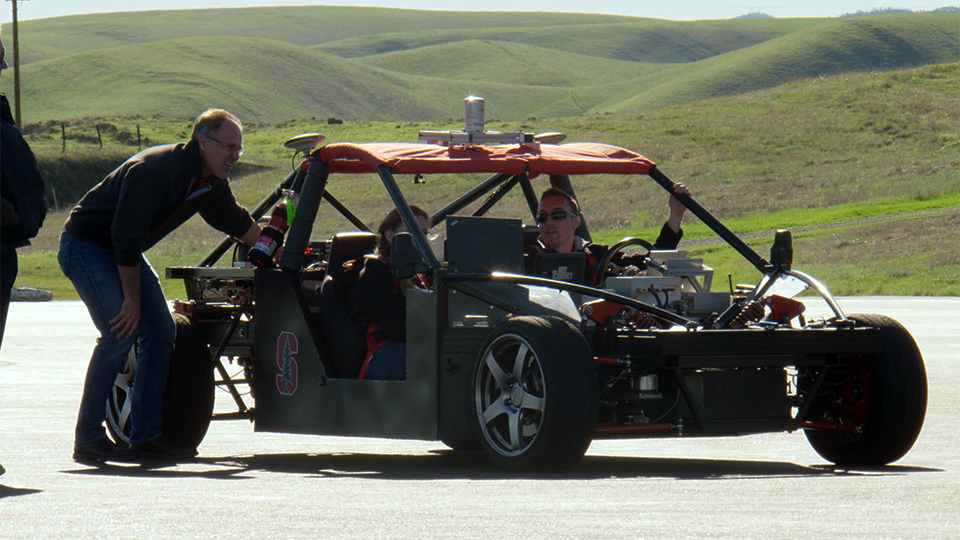 The real possibility of a world in which cars no longer require human drivers has been sparked by a surge of innovation that’s being heralded by some as the biggest advance in transportation since horses gave way to automobiles. But successfully achieving such a radical transition poses an unprecedented set of technological, engineering, legal, regulatory and other challenges. Which ones have already been overcome, which still remain, and how are scientists and engineers at leading institutions in the field trying to tackle them? Look Who’s Driving will be broadcast as part of PBS’s NOVA series and accompanied by a national publicity, promotion and public engagement campaign that will include a web site and community events designed to engage ordinary citizens in discussions about the future of their daily transportation.

END_OF_DOCUMENT_TOKEN_TO_BE_REPLACED

March 15, 2019 – We’re excited to report that post-production of our NOVA episode on autonomous vehicles is underway.

END_OF_DOCUMENT_TOKEN_TO_BE_REPLACED

Lance Eliot, Forbes
“If you have any inkling of interest in the status and future of self-driving cars, you have to watch a fast-moving, well-informed and thought-provoking (yet seat-squirming) new documentary entitled “Look Who’s Driving”.