The Climate Secrets of Cows

In California we tell another seaweed story. Biologist Ermias Kebreab, who grew up in the African nation of Eritrea, is zeroing on one of the primary sources of the build-up of the heat-trapping gas methane in the atmosphere: the world’s billion-and-a-half cows. They routinely release methane when they burp; it’s a normal by-product of bovine digestion. Kebreab’s experiment: adding seaweed, which changes cows’ digestive chemistry, into their diet. His initial data: the seaweed-fed cows produced 60% less methane.

Our partners, The Climate Initiative and the National Science Teaching Association, have created outstanding resources to accompany each of our films. Click on the buttons below to access the lesson plan and community outreach guide for The Climate Secrets of Cows. The classroom-ready lesson plan developed by the National Science Teaching Association highlights the science and engineering practices scientists use to explain the phenomenon of climate change. The Climate Initiative’s community outreach guide offers talking points and prompts to help foster viewer conversations about the film. 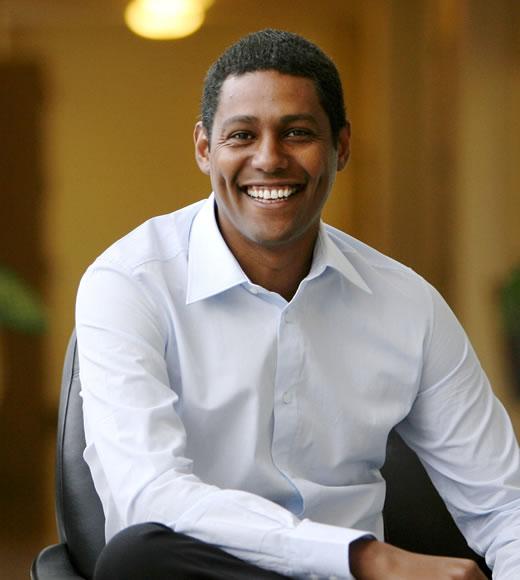 Ermias Kebreab is associate dean for global engagement in the College of Agricultural and Environmental Sciences, as well as director of the World Food Center. He is a renowned scholar and skilled administrator with extensive experience in sustainable agriculture and animal science. Kebreab oversees the advancement of the college’s international goals while working in collaboration with extensive internal and external partnerships to solve the grand challenges facing our global food systems. Kebreab is the Sesnon Endowed Chair in the Department of Animal Science. He has conducted extensive research in developing strategies for using feed additives to reduce methane emissions from livestock and has authored more than 250 peer-reviewed publications. He is chair of the United Nations FAO Technical Working Group on Methane, a committee member for the National Academy of Sciences Panel on Nutrient Requirements of Dairy Cattle and contributing author to Intergovernmental Panel on Climate Change committee refining guidelines for accounting methane emissions from livestock. Hailing from Eritrea, Kebreab received his B.S. in biology from the University of Asmara, followed by an M.S. in integrative biology and a Ph.D. in ecological modeling from the University of Reading, UK. He has previously served as the associate vice provost of Academic Programs for Global Affairs and as the deputy director for the Agricultural Sustainability Institute at UC Davis.